In November of 2015 (with my husband) and January 2016 (with a group of nine girlfriends) I went down to Nashville! Here are my reflections and recommendations:

Nashville was one of my favorite food vacations, I had some meals that I will never forget. They were delicious and generally gluttonous but I loved every damn bite: 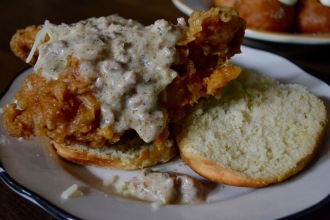 Biscuit Love– This was my favorite meal I had there. It was just voted one of the top 50 new restaurants in the US by Bon Appetit mag. I had the East Nasty, a cloud like biscuit with a perfectly cooked piece of fried chicken, with a creamy sausage gravy and aged cheddar. I also had the bonuts, biscuit dough that has been fried, with a blueberry compote and an angelic mascarpone creme. 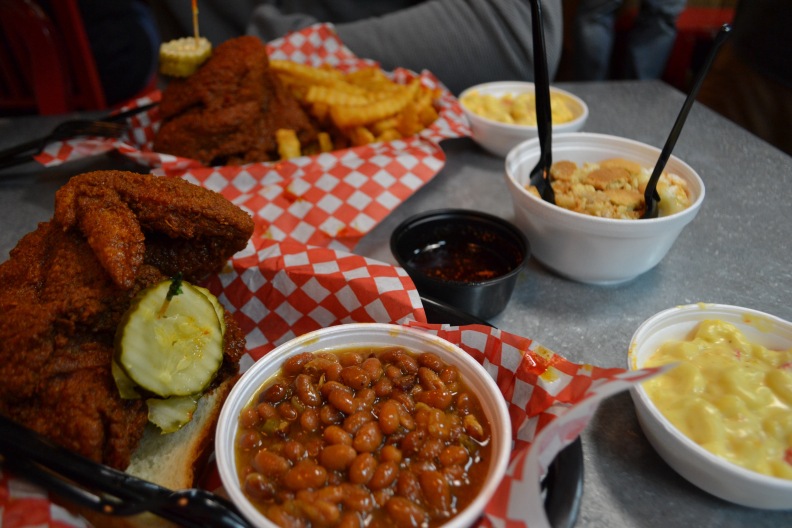 Hattie B’s– Nashville is known for their hot (spicy) fried chicken. How to explain hot fried chicken… it is spicy but balanced out with sweetness. We had the medium and it was plenty hot for us Minnesotans. Hattie B’s and Prince’s are the two most well known for these dishes. If you want to try at home, Bon Appétit published Hattie B’s recipe in 2014. 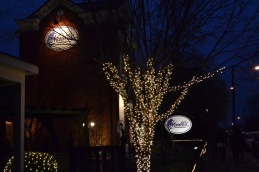 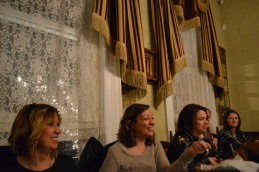 Monell’s– This was like going to your grandma’s house. Truly a special experience. The restaurant has about 5 large tables. The tables seat about twelve and you are sat with strangers. It is like a buffet but they bring the food to you- so much food. You can eat until your heart’s content. I would recommend this experience for any size group but particularly if you have a big group, it made for a very special dinner with friends. 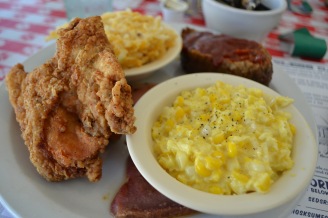 Loveless Cafe– This is one of the most famous restaurants in Tennessee more for the experience than the food. I would say the food was similar to a Cracker Barrel. This dining destination is a half hour outside of Nashville. The food is good, but I think people go there for the experience. There is a giant gift shop, yard games, and gardens to wait in- and you will wait. 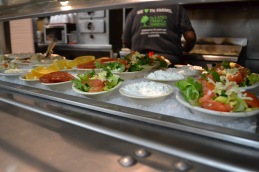 Arnold’s Country Kitchen– You gotta go to Arnold’s! It is this mom and pop cafeteria that is not fancy at all. There you can get southern favorites and great hospitality. They won an America’s Classics Award from James Beard so ya know they’re legit. 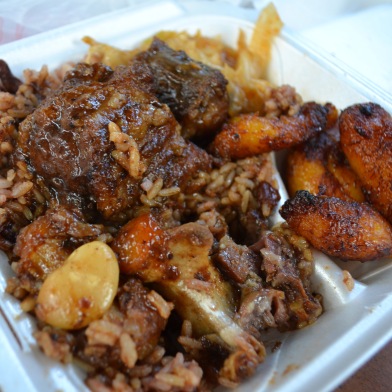 We went to the Nashville Farmer’s Market one day, it reminded me the Midtown Global Market in Minneapolis. Great food from around the world and really fun shopping for actual Nashville gifts and souvenirs (not like the cheap gift stores downtown). We mainly stayed inside because there wasn’t a whole lot going on outside (it was January) but I bet in the warmer months there is some great things outside. 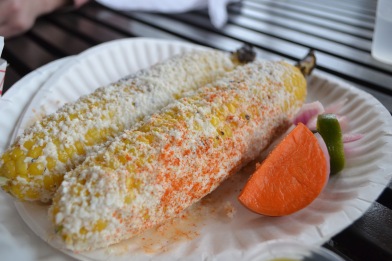 We ventured over the bridge on the East side of downtown Nashville to Mas Tacos Por Favor. It was delicious little hole in the wall with a great outdoor patio. You might get fried chickened out so Mas Tacos would be a great reprieve from the grease. Or you might not.

Broadway- I would argue that the food down on Broadway (where all the fun bars are) is not that good and overpriced. It is essentially the tourist trap of Nashville. If you are dying to eat at the Hard Rock Cafe or Jimmy Buffet’s Margaritaville, eating down on Broadway is for you and this blog is likely not…

If you are going to eat down there, someone recommended ACME, Puckett’s Grocery, and Merchants Restaurant. For late night eats go to Robert’s Western World (pictured below) and Paradise Park (trailer park themed bar). After doing the tourist two step and drinking a few beers you are going to need some tater tots.

Pancake Pantry– I did not go here but most locals talked about it. I am not sure if there is anything super special other than nostalgia and delicious pancakes?

Have any other suggestions of where I need to go next time?

We had a blast going down to Broadway, it was bar after bar with live music and no cover charge. Every bar had a different feel, some had a lot of dancing and some were more low key.

Be ready, the musicians work off tips, they take breaks and will walk up to you with a tip jar. It is helpful to have ones $. The bar that seemed to have the best dancing was Tootsies, Robert’s Western World serves cheap late night food including burgers, grilled cheese, and hot dogs. Every bar has a different feel so you can get crazy or have a more low key experience. Find a rooftop deck!

If you want to go to some of the more famous venues: Bluebird, Ryman (Grand Ole Opry), Music City Roots we should buy tickets as they will sell out. Station Inn– is also very famous, it is in a different but fun part of town called the Gulch. While Station Inn is old, the Gulch reminded me of uptown, lots of new high-rises. Grand Ole Opry was awesome, a little spendy, and a unique experience.

During my first visit with my husband we rented a car that we used a lot to experience Nashville and the surrounding areas. If you think you might want to venture into the surrounding neighborhoods or some of the places below, a car might be your best bet over taxi/Uber/Lyft.

One of my favorite shopping experiences was in Franklin which is a half-hour south of Nashville. Very good shopping and it was a cool town. The Battle of Franklin happened in this town so it has amazing civil war history. Apparently this is where there is a lot of country star citing are because it is a nice area. My favorite shop was the Savory Spice Shop where I bought a Nashville sampler as a souvenir.

We checked out Hillsboro Village, everything was crazy expensive. Reece Witherspoon’s clothing store was here and nothing was under $100. There is a store in the Gulch (by Biscuit Love and Station Inn) called Two Old Hippies. Super cute, reminds me of a locally owned Urban Outfitters but Nashville style. 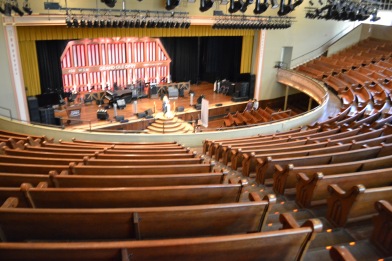 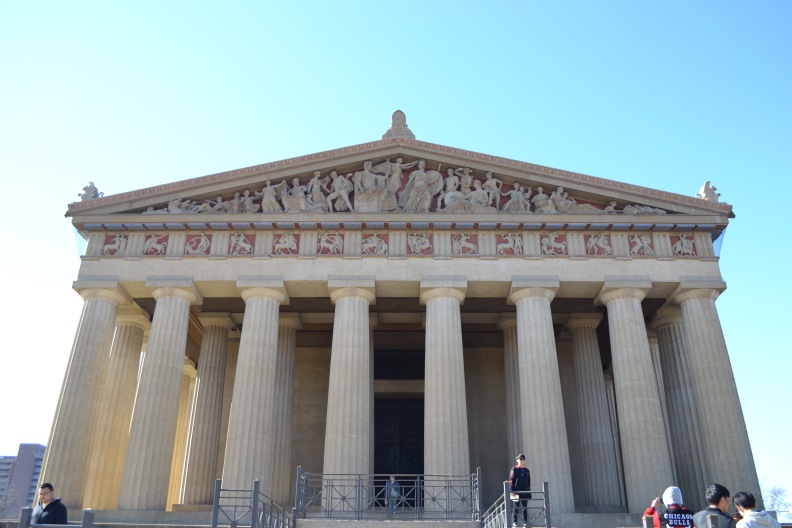 The Parthenon is one of the attractions, it is a replica of a former temple in Greece dedicated to goddess Athena. 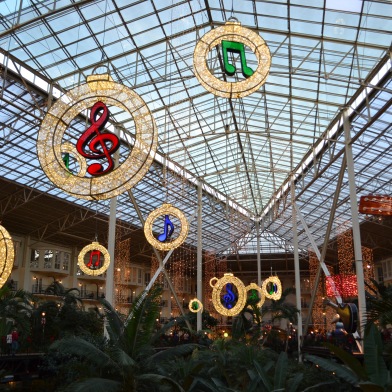 Gaylord Opryland Hotel and Conference Center– This is a crazy hotel that reminds me of the Mall of America with giant atriums but a hotel. Each atrium was filled with gardens, a few activities, and a lot of food. We went here in November and it was decked out for Christmas which made it very pretty. 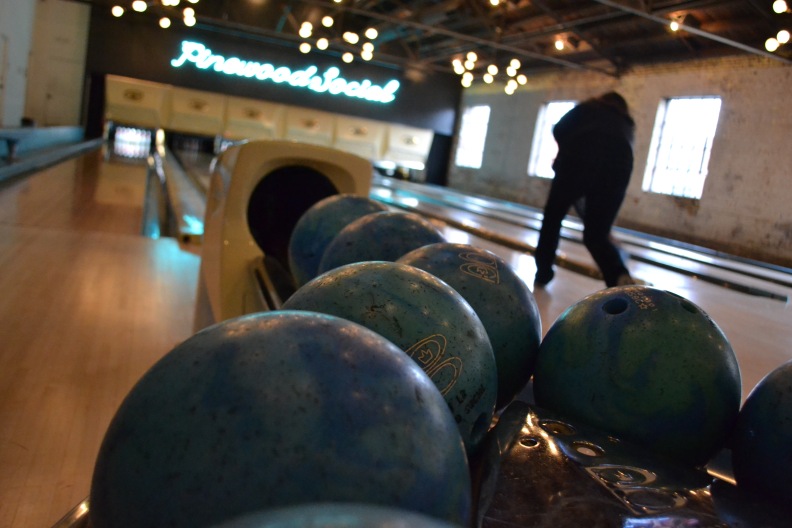 We spent one afternoon at Pinewood Social. It is a nice/trendy bar/restaurant/coffee shop/bowling alley. We paid $40 an hour for unlimited bowling (there was a lot of us so it was well worth it) and just drank. We had just ordered food so we weren’t hungry but the menu looked awesome. It was a ten minute walk from downtown.

What did I miss? What do I need to do and see next time?